Long ago, in a Tuscan village in Italy, a woodcarver named Geppetto carved a puppet and named him Pinocchio. He was created as a wooden puppet, but Pinocchio dreamed of becoming a real boy. So much did he want to become a real boy, and wanted people to see him that way, that he told lies, which caused his nose to grow. Doesn’t it make you picture Pinocchio with his long and growing nose when someone is exposed as a liar?

Here’s a story about a woman who either lied or, at least, withheld the truth. Her name was Rahab, and she lived In Jericho. Jericho was the first town attacked by the Israelites under Joshua after they crossed the Jordan River to the Promised Land. Before they invaded, however, Joshua brought scouts to check it out. By the time he got to Jericho, only Joshua and Caleb were permitted to go inside the walls. Rahab lived in the city. She agreed to hide Joshua and Caleb if they would promise to spare her and her family. Rahab was a harlot, but for her courage, she was spared and is exalted as an example of faith. Rahab had to lie about hiding Joshua and Caleb, but is that the same as bearing false witness?

And here’s a more recent story about a woman who either lied or, at least, withheld the truth. Her name was Hermine, and her nickname was “Miep,” Miep was born in Austria, where her family was left in poverty after the First World War. They sent her to the Netherlands to a foster family, where she stayed. When she was 18, she began working, and eventually she became the customer service rep for the business owned by Otto Frank. When the Nazis invaded Amsterdam, Otto called Miep in and told her his family planned to go into hiding. Would she be willing to help him and his family if they had to hide in the Secret Annex of their house? Miep did not hesitate for one second. From the 5th of July, 1942, she began riding her bike to shop for produce and books and anything the Frank family and their four friends needed. Meanwhile, she and her husband hid a student in their own home, and she kept Otto Frank’s business going smoothly so no one would suspect anything was amiss. She always tried to look as relaxed as possible so no one would be suspicious. After more than two years since they went into hiding, on Friday morning 4 August 1944, a Nazi SS officer led Dutch police in a raid on the Frank house. Miep is the one who found the diary of Anne Frank. I assume Miep and her husband lied to people to protect those they were hiding, but is that the same as bearing false witness?

Rahab and Miep lied to protect others. Many people, on the other hand, lie to protect themselves—to save face and to avoid the consequences of wrongdoing. Sex offenders do this all the time, even if they’re doctors or priests or pastors. Sex offenders blame their victims. They accuse their victims of lying, which makes their victims afraid to come forth with the truth. In blaming the victims, they’re not only lying, but they’re bearing false witness against those they have harmed.

Any kind of lying breaks down trust. We’ve seen this during recent weeks. One week, we hear everything is under perfect control, the coronavirus is nothing to worry about; people can even go to work with it. Then we hear him say he’s known for months that a pandemic was coming and would be really bad. Huh? What are we to believe?

Lying breaks down trust, but in terms of the harm done, bearing false witness against a neighbor—even unknowingly—is worse than withholding the truth to protect a neighbor. Accusations can take many forms—such as renaming a virus that came from bats in a way that frames a nation or ethnic group.

Our reading from Deuteronomy 19 lays down a foundation to protect people from false accusations by a single witness. Let’s hope our society—no society—ever becomes one in which a single tattle-tale can get you into big trouble by accusing you of opposing the authorities.

Most of us have a bit of Pinocchio in our blood. Not that we’re outright liars, but we would like people to think well of us, or at least, we’d like to think well of ourselves. That is, we would rather not think of ourselves as sinners. The commandments catch us, though. They describe actions, but those actions grow out of the condition of our souls. We want to justify ourselves instead of trusting God’s grace to justify our existence.

Lent is a season for confession. Since most of us are spending more time alone right now, this is an opportunity for self-examination. We have time to reckon with the falsehoods we participate in merely by going along to get along.

When we fail to take a stand against bigotry, for example, our silence can be taken as consent. We’re complicit in the false witness against Asians or Africans or women or queer people. In that way, we break the eighth commandment.

In Romans, chapter 3, Paul says, “Through the law comes knowledge of sin.” But even though “all have sinned and fall short of the glory of God,” in Christ Jesus, by God’s grace, we are justified not be perfect obedience to the law, but by faith in God’s love.

It’s a time to pray, to ask forgiveness, and to deepen our trust in God’s love. 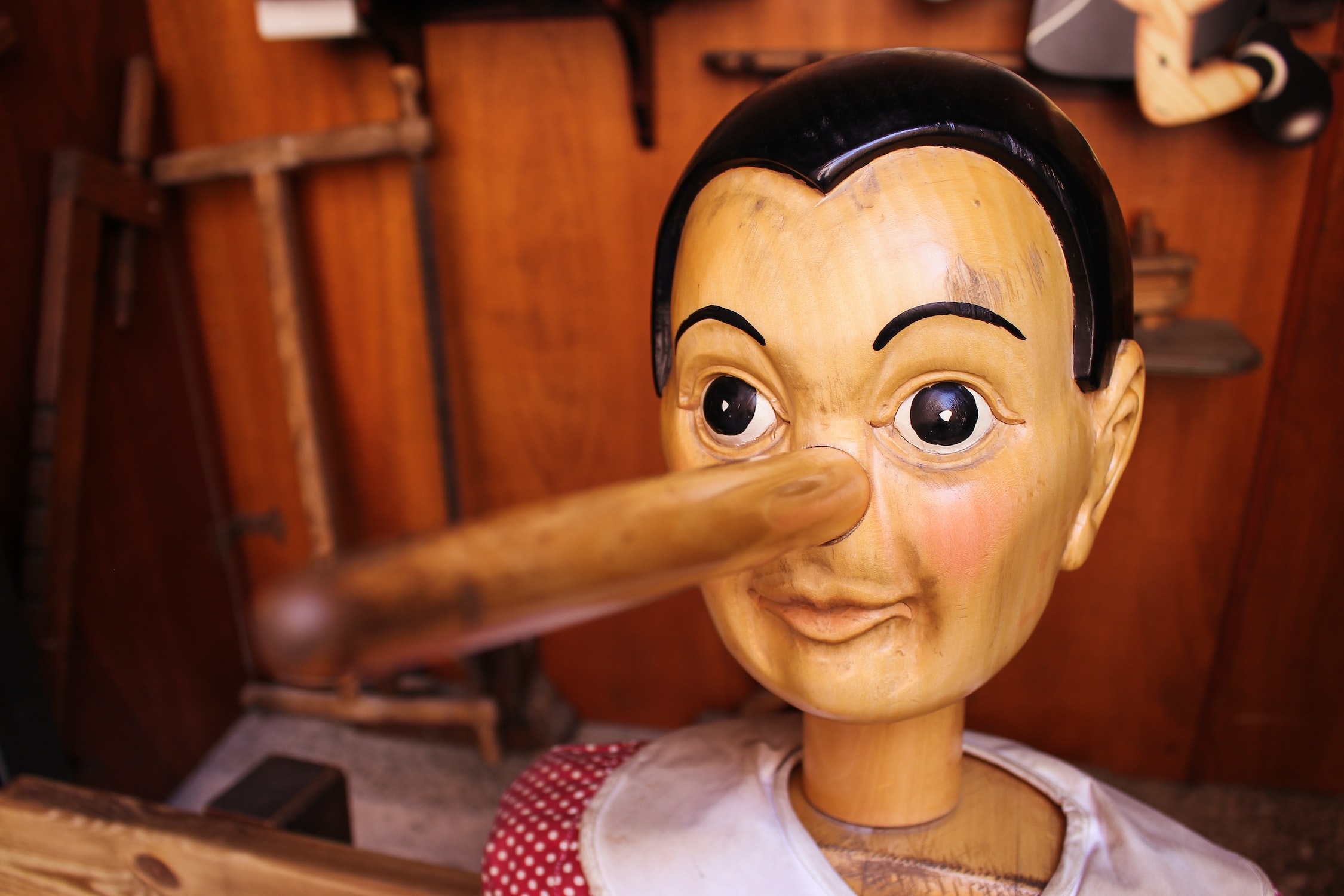